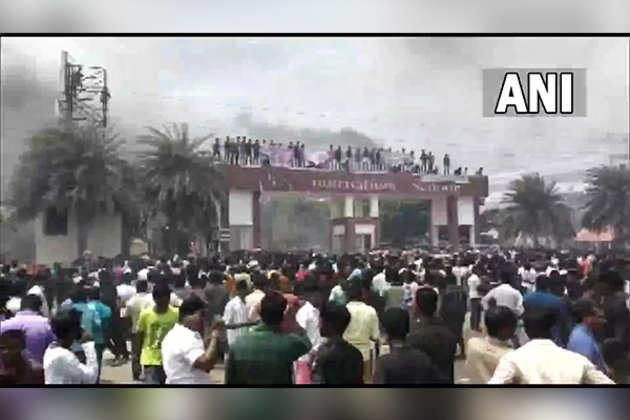 Chennai (Tamil Nadu) [India], August 6 (ANI): The Crime Branch, Crime Investigation Department CB-CID which has been investigating the death of a 17-year-old girl in a school hostel in Tamil Nadu's Kallakurichi has warned the media against conducting a parallel investigation into the case and said it will take legal action.

"It is observed that many prints and visual media including social media are publishing and telecasting reports regularly with their own interpretations of the incident and are indulging in parallel media investigation," the release stated.

This affects the fair investigation undertaken by investigating agency, it said.

Under these circumstances, all are requested not to publish videos and posts in print and visualmedia including social media as that would hamper the progress of the investigation.

"All are requested to cooperate in this regard in the interest of justice and free and fairinvestigation. If any individual or entity is involved in the such parallel investigation, legal action will be taken against them," CBCID said in its press note.

"Further, legal action will also be initiated to block their social media accounts and their Youtube channels. If anyone has got any specific information related to this case, it can be shared directly with the Senior Officer of the CB CID having mobile phone number 9003848126," it said.

Violence broke out in parts of Tamil Nadu after the Class 12 student jumped off her hostel building on July 13. She was allegedly tortured by a teacher, as stated in the girl's suicide note.

On July 18, the Madras High Court ordered a second autopsy of the girl who killed herself after she was allegedly harassed by two teachers at her school in Kallakurichi. The court ordered that the father of the girl be allowed to remain during the procedure.

The first post-mortem report mentioned "abrasions", according to the police. The cause of death as mentioned in the first autopsy was multiple injuries and a haemorrhage.

The Class XII student who purportedly jumped from the terrace of her hostel at a private school in Tamil Nadu's Kallakuruchi sparked violent protests in the district, prompting the Salem police to deploy heavy security around the school and other areas.

Section 144 had to be imposed in several areas. The High Court also ordered the Police to find out who instigated the violence.

Her family alleges that two teachers had mentally harassed and humiliated her. (ANI)