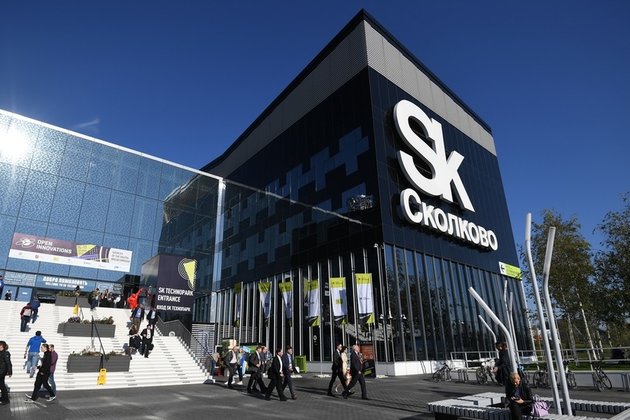 Washington on Tuesday announced a new round of embargoes targeting Russia's finance and technology sectors, in particular the semiconductor industry. Among the entities sanctioned by the State Department are the Skolkovo technology park outside Moscow - Russia's equivalent of Silicon Valley - and MMK, one of the world's largest steel producers.

The Skolkovo Foundation, Technopark Skolkovo LLC and the Skolkovo Institute of Science and Technology (Skoltech) found themselves blacklisted for "operating or having operated in the technology sector of the Russian Federation economy."

Also targeted by the State Department sanctions was the Moscow Institute of Physics and Technology (MFTI), for "operating or having operated in the defense and related materiel sector," specifically developing drones for use by the Russian military.

The Treasury Department said the new US sanctions were targeting "Kremlin-connected elites, a major multinational company, and a sanctions evasion operation, as well as one yacht." The embargoed "elites" and businesses operate in "economic sectors that generate substantial revenue for the Russian regime," the Treasury said.

The sanctioned yacht is Alfa Nero, a Cayman Islands-flagged ship belonging to the newly sanctioned Andrey Guryev. He is the founder of PhosAgro, the leading Russian manufacturer of chemical fertilizer. The company itself has not been sanctioned, the Treasury hastened to note.

Alfa Nero "has reportedly shut off its location tracking hardware in order to avoid seizure," the US government added.

Among the 13 individuals and 30 entities sanctioned on Tuesday is Viktor Rashnikov, majority owner and chairman of the board of MMK, along with the Magnitogorsk-based steel-maker itself. MMK's finance division and the Turkish-based MMK Metalurji subsidiary were also embargoed. Americans who have open business with MMK have until September 1 to wrap it up, and until October 3 to divest any debts. The deadline for dealing with the Turkish company is January 31, 2023.

The most notable name on the list of "elites" allegedly close to the Kremlin is Alina Kabaeva. The retired rhythmic gymnast and former lawmaker was sanctioned for having been a government official, having a "close relationship" to President Vladimir Putin, and being the head of the National Media Group, "a pro-Kremlin empire of television, radio, and print organizations."

Back in 2015, British tabloids spread the rumor that Kabaeva was Putin's secret lover, after the Russian president was not seen in public for over a week - having been on holiday.