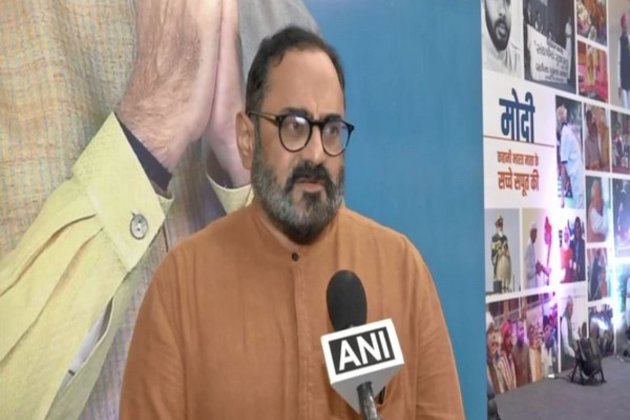 New Delhi [India], August 2 (ANI): Union MoS for Information Technology Rajeev Chandrashekhar on Tuesday said Prime Minister Narendra Modi has increased the confidence in Digital India and it is the reason India is now among the leading countries and one of the first to deliver indigenous 5G.

He further went on to say that India will become the first country to deliver indigenous 5G, which is a proud moment for India and another important thing is that India is going with the 5G network in the 5G generation that is designed and built in India.

"The equipment that we are using now for 5G, has never been used before. 2G, 3G, and 4G network in the country was always imported from outside. Today, because of the leadership of the PM, we are getting Rs 1.5 lakh crore from the government," he addedChandrashekhar said that it is an important milestone for India that the spectrum's latest generation 5G network will be made available to the citizens with the equipment designed in India.

"It is very important to have 5G rollout because what we have been seeing since last week is the auction of a 5G spectrum in the country. When the situation in other countries is so bad in this call, we are showing the whole world how many spectrum options there are. Another important milestone is that we will implement 5G, the fifth generation of wireless technology in India from Jio, Airtel and other companies, and this will give people a new internet service," he further said.

Stressing the PM's contribution, Chandrashekhar said, "When Prime Minister Modi launched Digital India in 2015, I was also a person sitting in the audience. I listened to him and I had no idea that our country would progress so much. I had no idea that within 5-6 years we will reach the position where we will use the 5G network that is designed in our own country."He said that the speed, scale and social impact of Jio's 4G rollout is unmatched in the world and now Jio is all set to play a leadership role in the 5G technology sector in India, which has already been announced by Jio.

Reliance Jio has purchased the largest amount of 5G spectrum at Rs 88,078 crore. Jio's stake in the total spectrum auction is more than 50 per cent. After the completion of the auction process, Jio said that the company will soon provide a 5G network, which will be a fully made in India 5G network. (ANI)