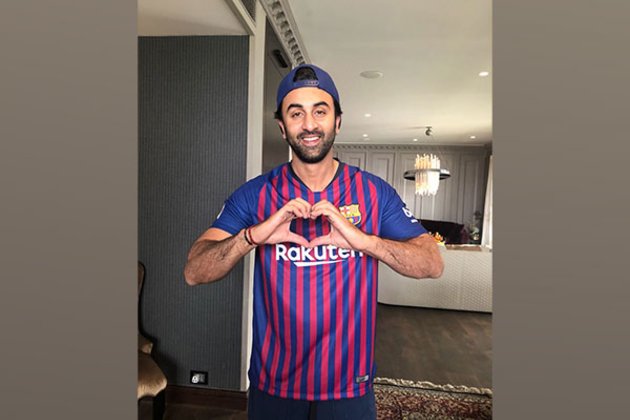 A video has been doing the rounds on the internet in which Ranbir is seen beaming with joy when the paparazzi surrounded him and congratulated him.

As the paparazzi called him "dad-to-be", the actor quickly called the paps "uncles-to-be".

Ranbir's reaction has left netizens in awe of him.

"Hahahhaha...he is so lovely," another one wrote.

Ranbir was asked to share his birthday message for Ranveer Singh by the paparazzi.

Helmed by Karan Malhotra, Shamshera is set in the fictitious city of Kaza, where a warrior tribe is imprisoned, enslaved and tortured by a ruthless authoritarian general Shuddh Singh (played by Sanjay Dutt). In the film, Ranbir is pitted against Sanjay Dutt who plays an evil, merciless, cold-hearted brute force of nature, Shuddh Singh. Ranbir will be seen relentlessly fighting for his tribe's freedom and dignity.

Produced by Aditya Chopra, 'Shamshera' is set to release in Hindi, Tamil and Telugu on July 22, 2022. (ANI)