Mexican Journalist Slain in Tijuana, 2nd in a Week 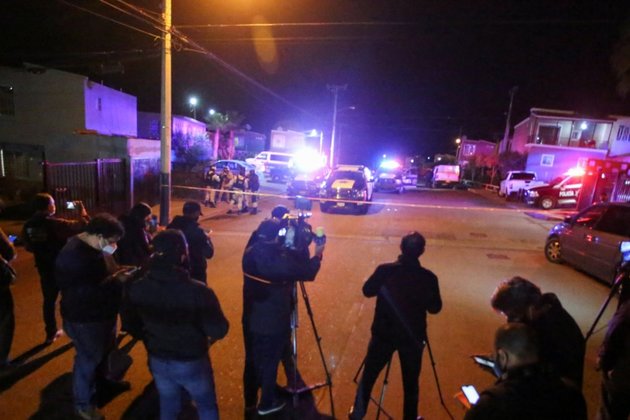 MEXICO CITY - A journalist has been killed the northern Mexico border city of Tijuana - the second in the city in a week and the third in Mexico this month.

Mexico President Andres Manuel Lopez Obrador called Monday for a full investigation and cautioned against jumping to conclusions about the motive for the killing of Lourdes Maldonado Lopez, a Tijuana journalist who had once come to him for help.

Maldonado was found shot to death inside a car on Sunday, according to a statement from the Baja California state prosecutor's office. Authorities had received a 911 call around 7 p.m. and found Maldonado dead on arrival.

The Mechanism - For Mexican Media, Crime Beat Can Be a Killer

In 2019, Maldonado came to Lopez Obrador's daily morning news conference and asked for his help 'because I fear for my life.'

Maldonado had been locked in a yearslong labor dispute with Jaime Bonilla, who was elected governor of Baja California later that year as a candidate from Lopez Obrador's Morena party. He left office late last year.

Maldonado had recently announced that she won her dispute with a media company Bonilla owned after nine years of litigation.

The press organization Article 19 said via Twitter that Maldonado had covered corruption and politics in Tijuana and faced aggression previously because of her work. She was enrolled in the state's protection system for journalists who have been threatened, but the group did not describe the security measures.

On Monday, Lopez Obrador said an investigation was needed to know 'if there is a tie with the labor complaint and see who is responsible.'

'You can't automatically tie a labor lawsuit to a crime. It's not responsible to rush to judgment. You have to wait,' the president said. He added that after she came to his news conference in 2019, he helped her, but he did not specify how.

Maldonado had collaborated with many outlets, but recently was doing an internet, radio and television show, Brebaje, focused on local news.

Another Tijuana journalist, photographer Margarito Martinez, was gunned down outside his home on January 17. He was well known for covering the crime scene in the violence-plagued city. He worked for the local news outlet Cadena Noticias, as well as for other national and international media outlets.

There has been no indication the killings are connected. Tijuana has been torn by drug violence as rival cartels battle for control of lucrative border smuggling points and the Tijuana street-level drug trade.

Mexico is the Western Hemisphere's most violent country for journalists, according to the Committee to Protect Journalists.