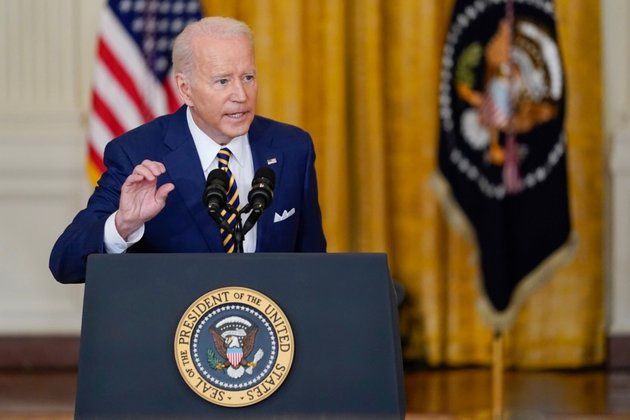 WASHINGTON - U.S. President Joe Biden acknowledged Wednesday that his first year in office has seen "challenges" as well as 'progress' as he held his first news conference at the White House in 2022.

Biden, speaking at a news conference to mark his one-year anniversary in office, began by touting some of the successes his administration has seen in the past year. But once he began taking questions from the White House press corps, many pertained to rising tensions with Russia and its troop buildup on its border with Ukraine.

"I'm not so sure that he is certain what is he going to do," Biden said, adding, "My guess is he will move in.'

Biden warned, however, that if Putin moved forward with a military action, he would pay a "dear price.'

The president said he would be open to a summit with his Russian counterpart, saying it was a 'possibility.'

'What I'm concerned about is this could get out of hand, very easily get out of hand, because of... the borders of Ukraine and what Russia may or may not do,' he said. 'I am hoping that Vladimir Putin understands that he is, short of a full-blown nuclear war, he's not in a very good position to dominate the world.'

Domestically, Biden cited as successes of his first year as president the increased number of Americans who have been vaccinated against COVID-19, the disease caused by the coronavirus. He also noted the number of unemployed Americans has greatly decreased.

Embed share A Year in, Biden's Legislative Agenda Is a Mixed Bag Embed share The code has been copied to your clipboard. width px height px

The URL has been copied to your clipboard

Biden's news conference came as two key parts of his agenda were stalled in Congress and with the COVID-19 pandemic still wreaking havoc at home and abroad. His standing in voter opinion surveys has steadily fallen since the chaotic withdrawal of U.S. forces from Afghanistan last September. His average approval ratings have been stuck just above 40%, with a poll released last week by Quinnipiac University giving him a dismal 33% approval rating.

The president's low approval ratings have been aggravated by perception of his handling of the coronavirus pandemic, which is heading into its third year despite the administration's intense vaccination campaign. Public health experts have criticized the administration for failing to anticipate the emergence of the delta and omicron variants of the coronavirus, as well as failing to increase COVID-19 testing capacity, including making rapid testing kits available for all Americans.

Although Biden managed to steer a massive $1 trillion package to shore up the nation's crumbling infrastructure through Congress, his attempts to secure final passage of his $1.8 trillion "Build Back Better" social safety net and climate change package in the U.S. Senate have been opposed by a member of his own Democratic Party, moderate Joe Manchin of West Virginia, who holds a critical vote in the evenly divided Senate.

Reuters is reporting the White House is preparing a new stripped-down version of Build Back Better that may cut some items such as the child tax credit and paid family leave in order to gain Manchin's support.

Manchin and another moderate Democratic senator, Kyrsten Sinema of Arizona, are also blocking Senate passage of two voting rights bills supported by Biden, because of their opposition to changing the long-standing Senate rule that requires 60 members of the 100-member body to vote to advance the bills to a final vote.

Wednesday's news conference is just the 10th of Biden's presidency, far fewer than his most recent predecessors going back to George H.W. Bush, according to data compiled by the University of California at Santa Barbara.

Some information for this report came from The Associated Press, Reuters, Agence France-Presse. 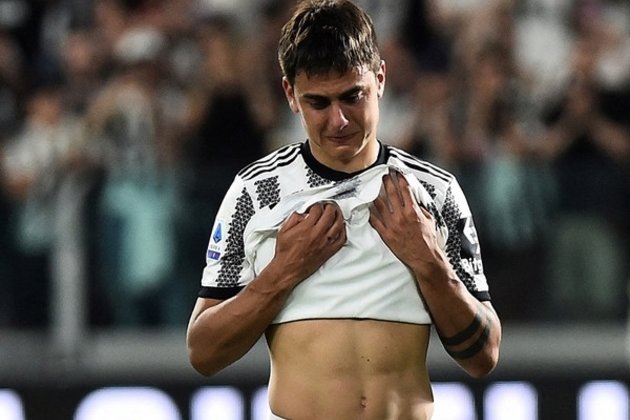