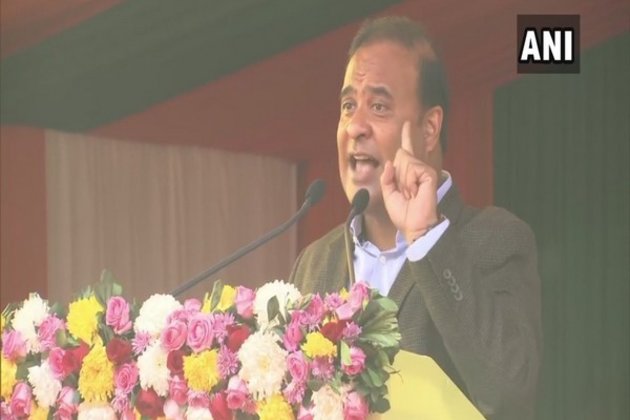 Guwahati (Assam) [India], May 10 (ANI): Himanta Biswa Sarma, the charioteer of BJP's stride in the Northeast, is now the brightest star in the political spectrum in the city of eastern lights. The 52-year-old leader is all set to swear in as the 15th Chief Minister of Assam on Monday.

Sarma was elected as the leader of the BJP legislative party in Assam on Sunday. He will replace Sarbananda Sonowal, who tendered his resignation as Assam Chief Minister to Governor Jagadish Mukhi on Sunday.

The Governor also accepted Biswa Sarma's claim for chief ministership and asked him to form the government. He will take his oath as the Chief Minister at 12 noon today.

On being announced the Chief Minister of the state Sarma took to Twitter to express his gratitude to the people of the state.

"With fragrance of Assam in my heartlove of my wonderful people in my veins, I offer my deepest gratitude to you all. I would not have been what I am had it not been for your pious faith in me. On this Day, I vow to work withfor each one of you with greater passion Assam," he tweeted.

In another tweet, he thanked Prime Minister Narendra Modi saying, "This is the biggest day in my life, and I so fondly cherish your generous affection. I assure you we shall leave no stone unturned to carry forward your vision of taking Assam,NE to greater heights."Sarma has played a stellar role in the success of BJP-led National Democratic Alliance (NDA) in the Assembly polls in Assam with the alliance returning to power overcoming the stiff challenge posed by the Congress-led alliance. He was a key campaigner of the party and strongly articulated its position on various issues at play in Assam which has a diverse population with sometimes competing interests.

During the campaign, he took repeated digs at Congress for its alliance with All India United Democratic Front (AIUDF). Sarma won from Jalukbari, a seat he has won four times earlier. He won the seat by a margin of 1,01,911 votes.

He has risen in prominence in BJP since he joined the party in 2015 and has played a key role in the party's growing footprint in Assam as also other states of the northeast.

Sarma, who was once close to former Chief Minister Tarun Gogoi, felt sidelined in Congress as he had apparent chief ministerial ambitions and joined the BJP, which was looking for expansion in the northeast.

Sarma is credited with Congress' victory in the 2011 Assembly polls when the party won 79 of 126 seats. Later, he helped oust the Congress in the 2016 assembly elections and gave BJP its first victory in the northeastern state. The BJP forged alliances with Bodoland People's Front and Asom Gana Parishad. The alliance won 86 seats.

Sarma handled key portfolios like Finance, Health and Education in the Sarbananda Sonowal government. He was made the convener of the North East Development Alliance (NEDA). His work and strategy have contributed to BJP's growth in all the states of the northeast.

Sarma had cut his teeth in the All Assam Students' Union and made a mark as he won Jalukbari assembly in 2001 defeating Bhrigu Kumar Phukan, one of his political mentors. He has also been president of Badminton Association of India.

Born on February 1, 1969, he studied at Guwahati's Kamrup Academy School and Cotton College. He pursued law and practiced at Gauhati High Court. He was also general secretary of Cotton College Student's Union from 1991 to 1992.